KIDS NEED BOTH LOVE AND DISCIPLINE 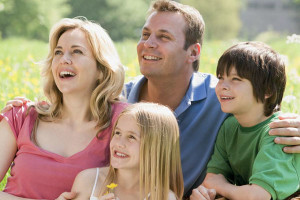 Jacintha was an only child. Her parents Asitha and Parvati showered all their love on her even though they could not afford to buy her fancy toys. They were careful not to raise their voice to her even if they felt angry. After all, they had no-one else to hug and kiss and show their love.

However, love is not enough to raise a child. A growing child needs to know his or her limits in case he or she thinks she/ he can do just as she/he wants. Even if she/he has his or her own way at home, when she/he goes to school and then later on into Society, she/he will soon find that others will impose limits even if the parents and teachers have not done so.

“The problem with society is that people get married and just have children and then don’t give them enough love and discipline to prepare them for life. Whether you are rich or poor, parents and teachers have to prepare a child to face life. After all, what is the guarantee that your child will have three square meals a day in the future? How do you know that he or she will have food, clothing and shelter let alone a good education?” said a psychologist. There are no rules laid down to help parents raise their children. They go to work and come back and most adults use children to satisfy their love needs. In most Sri Lankan families, children are the focus for the husband and wife have placed their marital relationship on the back-burner. Ideally, father and mother should share love and companionship and provide a stable framework to enable the child to flourish without using Mummy against Daddy to win love or even a toy!

In the old days, there was an adage that said “Spare the rod and spoil the child” and parents of yesteryear used canes and even a belt to hit children because they thought that was the way to enforce discipline. But psychologists of today stress that the child who is hit only learns that “Might is Right” and will in later years hit another or even his or her own child since that is the lesson he or she has learnt. How then can you discipline a child? First of all, don’t let a child have everything he or she wants for then the child does not value anything. Show him or her that even a television programme or an omelette is not to be given free. Train him or her to enjoy “Pol sambol”(coconut and chillie mixture) and bread and then he or she will value a meat or fish curry when it is served on another day. If your child does something naughty, simply tell him or her that he or she will not get to watch his or her favourite teledrama or cartoon. Put a value on it and don’t simply place your child in front of the television set or idiot box to give yourself breathing space. Researchers have now found that television and the Internet have their own share of spreading evil such as pornography or even selling innocent children junk food like sausages. Internet chatrooms and indiscriminate use of Social Media like Facebook have even resulted in rape and suicide. Please spend time and thought on bringing up your child and it is never too late to limit your love and set restrictions even by hiding your love in the name of thoughtful discipline.