{{hitsCtrl.values.hits}}
9 April 2020 12:14 pm Words : Lakmini Wijemanne Due to the prevailing situation with the Covid-19 Virus, all content and advise in this article may not be practically usable at this time. We advise readers to take note of the applicable content only. Avurudu season is a time when children as well as adults engage in fun and games alike. As much as traditional rituals are attached to this festival, there are also traditional games that are linked to the avurudu season. Most of these games are played with teams or at least with a few others promoting camaraderie among the neighbors relatives/ family members. A few of the games are in honor of Goddess Paththini. While some games are played indoors, the majority of the more exuberant games are played outdoors. Some of the most traditional games are :

Almost as early as the koha&#39;s sound, the swing comes out. Without any division in the ages, swinging is enjoyed by everyone. Young girls and children enjoy themselves very much, swinging and singing &quot;onchili waaram&quot; (songs about swinging) 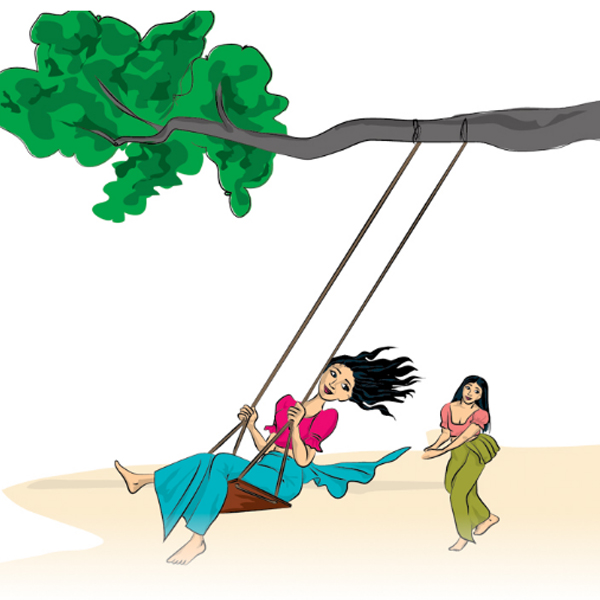 One of the most popular activity among the females, young and old. Sometimes this is done as a competition too. There are traditional &#39;Raban Kavi&quot; which are sung when playing the rabaana. Either one or many (about 04) women can sit around the rabaana and play. The sound of the rabaana is unique to avurudu season and its celebrations. 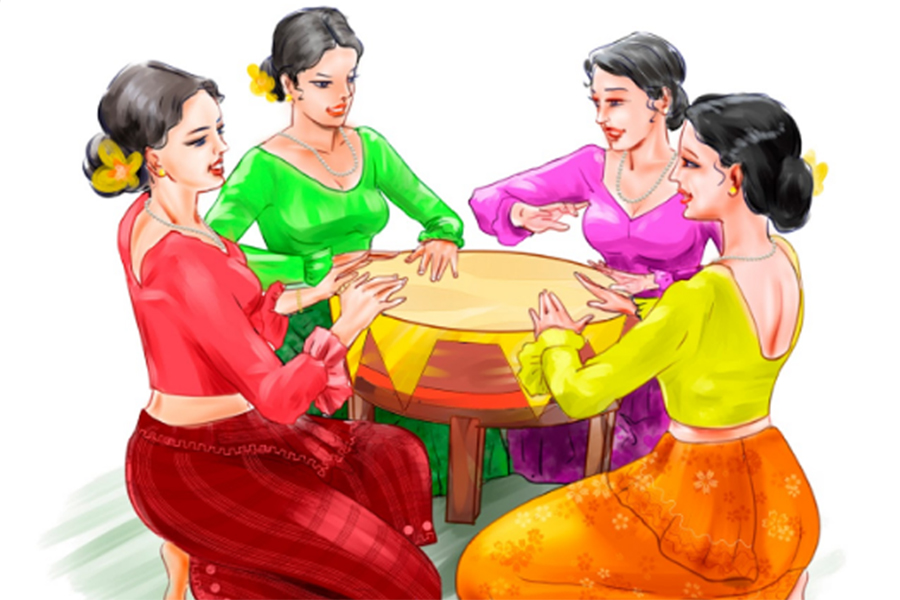 Played with &quot;olinda&quot; seeds, it is popular among the women folk.

With 05 small seashells, a coconut shell, and a pancha chart, this is played.

Mostly popular in Matara and Devundara areas, it is a team sport. Two teams each take a turn at throwing coconut until all the nuts on one side are broken. The winning nut is then kept in the temple.

It is a game preferred by young boys. The two teams (Udupila &amp; Yatipila) each has a Sambur horn. They are interlocked and attached to a tree. A rope attached to the interlocked horns is tugged by the two teams on either side, until one side manages to damage the horn.

On the make-shift rack, two men sit astride. Each has a pillow and they hit each other until one of them falls down from the rack. 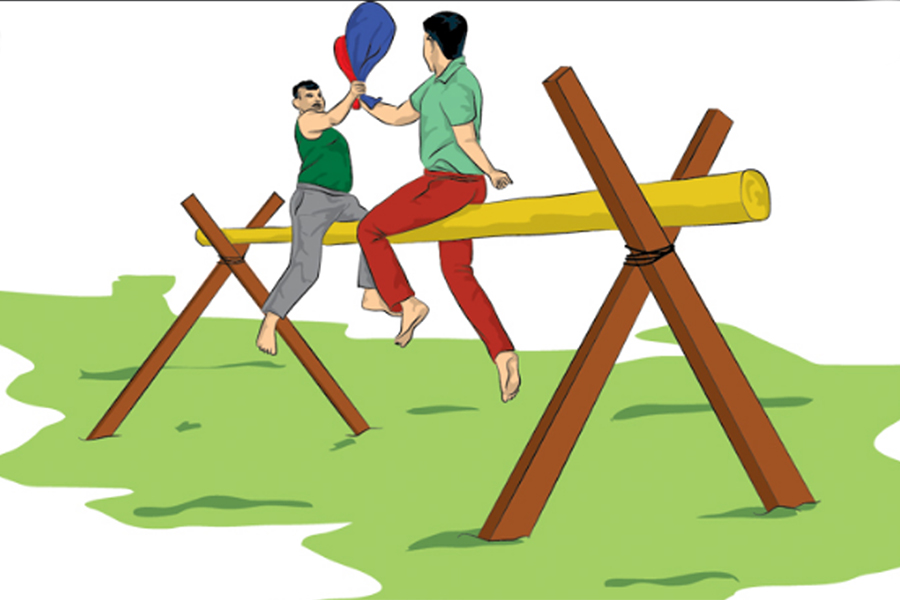 Drawing The Eye to the Elephant

Hitting the pot with blindfold

During the avurudu festivities, races also take an important place and provide quite a lot of excitement. Running across the village by the young adults in the village is quite popular. Animal racing such as elephant races, Thirikkala races are also popular, though today, other than the race across the village, the animal races takes place only very rarely. Avurudu season is mostly about togetherness. Almost all games connected with the festivities are aimed at team spirit and it is no doubt a good time of the year where all antagonistic feelings are set aside leaving space only for friendship and sharing. * and ** These games are specially played in honour of Goddess Paththini